Please, no non-service animals in the Market. 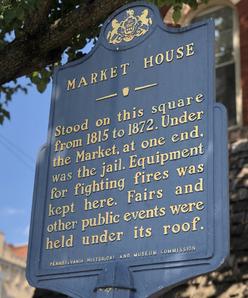 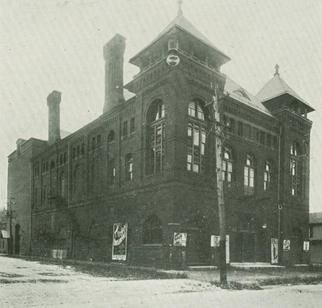 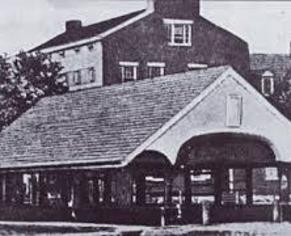 Every Saturday, Year Round

The Hanover Market House began as an open air building on center square in downtown. Built in 1815, this early market building featured the town's only jail cell, which was below ground level. This unique jail cell was described as "damp and foul, small and rat infested." This covered building was also used for town events. Thought to be a covered bridge by Civil War solders; they rode through it as they came through town. By 1872, the building was considered an eyesore, and was sold for $42 to Cyrus Diller who operated the Diller House on Carlisle Street.

For a time, the Hanover Opera House, on West Chestnut Street, doubled as a market house. After holding market sessions on the ground floor of the Opera House, Hanover's market took the form of a curb market on the square and on East Walnut Street. In 1933 the current brick building was erected to replace a dance hall that was attracting an unsavory crowd. For around $15,000 the property, building and fixtures of the current building was constructed. The inaugural market session happened Saturday October 7th, 1933. According to articles from the Evening Sun noting the new building, it was described and praised for having an "up-to-date appearance" by members of the Pennsylvania State Association of Markets during their 1935 visit.

A "major renovation" of the building took place in the mid 80s as noted by the Evening Sun's Feb. 28th, 1984 issue. Noting that exterior improvements included additional parking, a new sign, and building facade repairs. Interior improvements list 15 new fire extinguishers and the reopening of the interior to full size creating room for 30 more stalls bringing the total to 114. The steel beam ceiling was painted and windows were weatherized and broken panes replaced. Bathrooms were installed, eliminating the need to use the ones in the basement.

Our current East Chestnut Street building celebrates serving our community for 90 years in 2023.

Stop and visit and be apart of one of Hanover's oldest community staples with a history spanning over two centuries. You're bound to see someone you know at the Market!